For Those Who Give a Damn, But Don’t Know What To Do 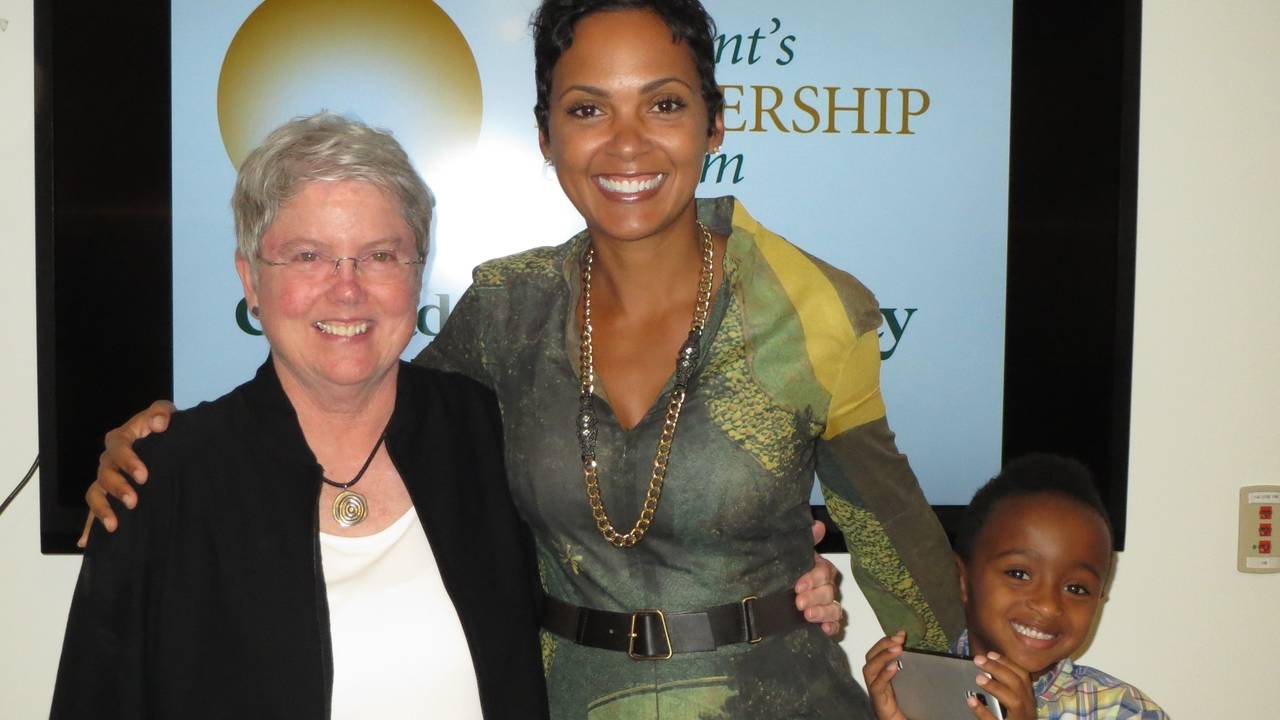 When I was 18 years old, I met a white woman who changed my life. Her name is Barb. She reached out to me as a person, and at a point in my life when I wasn’t yet my best self. She saw my potential, but never treated me like a project--like a black girl to polish up and help be successful in this big university system. She asked for my opinion. She listened when I gave it. Often that opinion was filled with rage against men, white people… She never flinched, and she never left. She heard me and cared about a reality that was not her own lived experience. This is called being an ally.

Barb modeled for me what I have come to expect from all others who are my friends: a commitment to ending racism and other forms of oppression where they exist, and not just when yet another black person being murdered is the headline. It means that you understand that racism is not about you “feeling like” you're a racist. If you grew up in the United States (and that’s just one part of the world--there are certainly examples of racism and oppression beyond the U.S.) you were taught the same things I was taught--that black people are either downtrodden or exceptions to the rule; that’s it. Of course, you’re racist! You were taught to be. Racist acts do not have to be blatant. The most painful--the death by a thousand cuts for so many Black, Indigenous, People of Color--is actually people who claim not to be racist but quietly, gently pat us on the back or enjoy the pride of having helped “one of us”.

I remember hours and hours of conversations with Barb when we explored issues of race. I was torn between feeling the knee of racism on my neck and reckoning with the fact that my mother is white. How can I love someone who is part of a system that hates people like me? Barb helped me understand that even well-meaning white people benefit from racism. She helped me understand that even well-meaning people can be racist, by non-action, by not doing their own work. Over the past week, I’ve had so many phone calls and emails. Many of them from friends and colleagues asking, “What can I do?” or “Can we talk about what’s happening right now? I want you to help me understand.” Barb was not one of those people. She knows better. She knows that to ask me to help her process her feelings as a white woman about racism, once again centers whiteness. It is the opposite of what allies do.

Barb introduced me to Audre Lorde, bell hooks, Kimberé Crenshaw and so many other Black, Indigenous, People of Color and women authors and thinkers, and to the concept of intersectionality. She wasn’t just teaching me, she was sharing with me a passion that is authentically hers. To this day Barb has books stacked to the ceiling: How to Be An Anti-Racist, White Fragility, So You Want to Talk About Race, and on and on. She often suggests new titles to me, and I to her! She reads them, digests them, keeps working at doing her own unlearning and relearning.  This is what’s called doing your own work, and this is what allies and anti-racists do.

As the years passed, Barb and I became colleagues. She continuously offered me opportunities, first to co-teach with her, then professional positions that would launch my career and set me on my path. When the two of us were invited to speak at an event she often deferred to me. This is called de-centering whiteness.

Once when Barb and I were working together on an engagement I made a choice that was less than ethical. It was careless of me. When Barb found out about it, she confronted me. She was direct and treated me like a colleague. She described her concern and the impact of my actions on her and the project. She could have kept quiet, bit her tongue, felt scared. She could have said to herself, “I don’t want to appear racist so I’m not going to say anything,” all the while harboring resentment or distancing herself from working with me in the future. Instead, she stepped forward, because she cared enough about me, to be in that difficult space with me. She cared enough about the relationship to take the necessary steps to preserve it at its core--our shared values. I can’t tell you the number of times I’ve been called in to help mediate the dismissal of a talented Black woman who, after years of working with the same colleagues and managers, never received feedback that would have allowed her to make adjustments needed to be successful. The colleagues and managers who avoided getting uncomfortable, for fear of how they would be perceived, were committing racist acts. Anti-racists see people of color for who we are, beyond surface or bias-laden perceptions that are distorted by stereotypes and racism.

Barb is an OG anti-racist. She and Jane Elliott. Anti-racists actively, every day, think about their privilege, take seriously their responsibility, and understand that “being a good person” is not the ultimate goal. We need people who give a damn, but more importantly, we need people who are going to do the work--the heavy lifting--of ending racism and oppression wherever it exists, forever, not just until the end of this news cycle.

For those of you who want to know more about anti-racism, we’ve pulled together an initial list to get you started. You’ll have to continue searching on your own from here, if you give a damn, that is.

Perspective on the Protests

6 Ways to Reduce Bias on Your Team
Rise To The Equity, Diversity & Inclusion Challenge Locally And Globally
Blog: How To Manage Diversity in Remote Teams
Blog Post How do I get more power
So that just happened... I experienced/ witnessed/ committed a microaggression. Now what?