6 Ways to Reduce Bias on Your Team 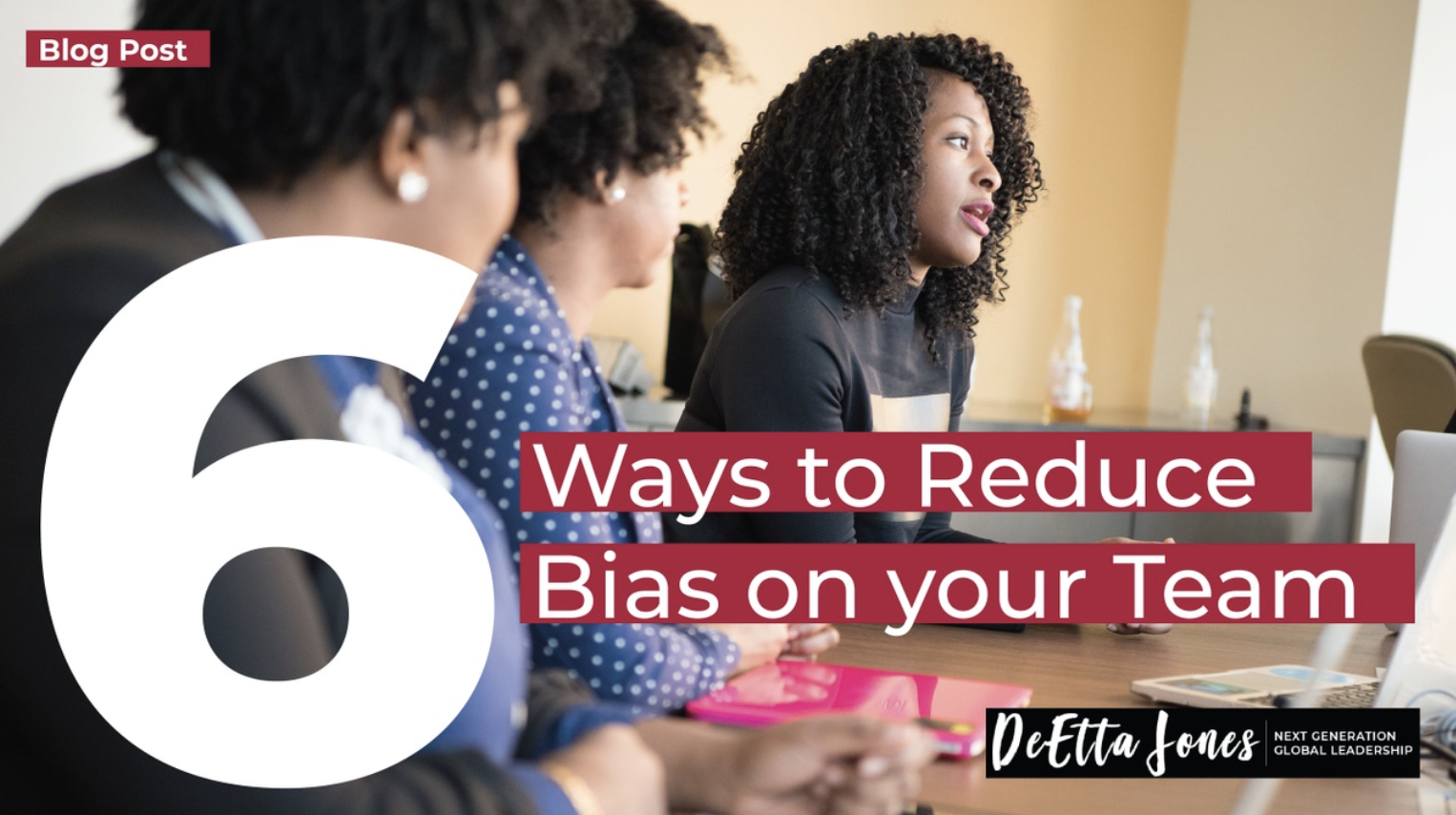 The trials of the past several years have allowed for learning and growth, yet they have also highlighted places where long-lived bias exists. Though bias is heavily discussed–seemingly everywhere and constantly–a lot of misconceptions continue to exist. A Psychology Today article defines bias as "a tendency, inclination, or prejudice toward or against something or someone." Bias results from our powerful brains’ ability to quickly scan incoming information, selecting what seems most relevant for us in a particular context, at a given time, and factoring in other previous experiences. Our brain then, just as quickly, filters out less relevant information or doesn’t align with our previously held notions about what is important, accurate, or safe. Consequently, bias isn’t always negative and doesn't always lead to disparity in the workplace or relationships.

As a parent, for example, it is altogether likely that you have a special fondness for your own child. I remember when my son was a toddler. I found everything he did particularly clever and adorable. I could observe other people’s children doing the same activities as him–dressing like a superhero to go to the grocery store, singing his ABCs without missing a beat, and learning to tie his shoes. When he did these things, though, I found it delightful, enough to boast about to anyone who would listen. I have a tremendous bias for my son. My brain actually “catches him” doing things that underscore the beliefs I hold about his wittiness, charm, and overall good nature.

Bias works the same for experiences and people that we do not like; our brains look for–consciously and unconsciously (or implicitly)– information that reinforces negative perceptions we hold. It is important to understand that bias occurs in the workplace and as leaders and your role in how to reduce it. Why? Because the impact of negative biases that are not addressed can create a toxic work environment. Deloitte’s 2019 State of Inclusion survey, including results from 3,000 participants, included some eye-opening information.

Keep in mind, the data represented in this survey represent pre-pandemic criteria. Massive shifts in how people worked, how communication channels were created and nurtured, and shifting assignments have made experiences of negative bias even more pronounced for many.

As a leader, part of your role should be to ensure your team feels that they are in an environment free from barriers to their success. Stay aware of areas where negative bias that might be causing harm, and continuously work to reduce negative bias in yourself, your team, and in organizational systems.

6 ways to reduce bias on your team:

We all have biases, thanks to our brains' brilliant wiring. The goal for leaders is to surface our personal and systems-based biases, interrogate them, and make intentional choices that allow our inclusive values to be centered. Mitigating bias is not a one-and-done task; it takes the commitment of lifelong learning and can make a world of difference.

Paula R. Jenkins is a consultant who focuses on personal and organizational effectiveness.